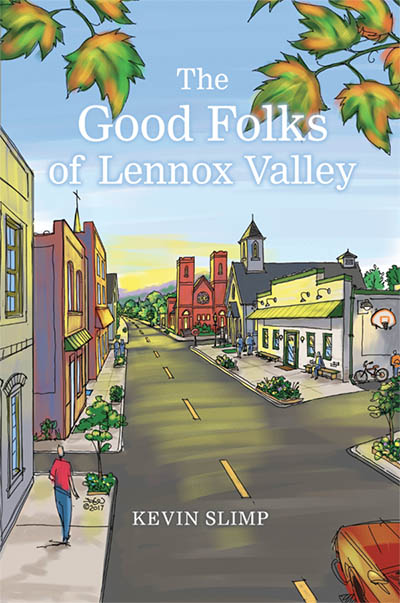 What readers are saying about
The Good Folks of Lennox Valley:

"He takes readers to another place."

“Kevin Slimp might not be the reincarnation of humorist Lewis Grizzard. He might not even be a new Garrison Keillor. But that doesn’t matter. Kevin is Kevin, and what he does is take readers to another place and provide them with a bit of escape from the political pundits, the angry voices, and the goings on within their own lives and communities.”

"Reminds me of Lewis Grizzard."

"Reading The Good Folks of Lennox Valley reminds me so much of reading humorist Lewis Grizzard when I was beginning my ministry. Like Lewis, Kevin has the gift of making readers wish they’d grown up in his home town."

"Anyone who has ever lived in a small town can identify."

“Kevin has assembled a cast of lovable small town protagonists and antagonists that anyone who has ever lived in a small town can identify with and enjoy. The Good Folks of Lennox Valley is good, clean reading with a lot of heart.”

"One of our normally cranky readers recently cornered me and said, ‘Well, you finally got something right.’ Of course I was curious what we could have done to make him happy. He went on to tell me how much he loves The Good Folks of Lennox Valley."